A Different Kind of Post-Apocalyptic Story 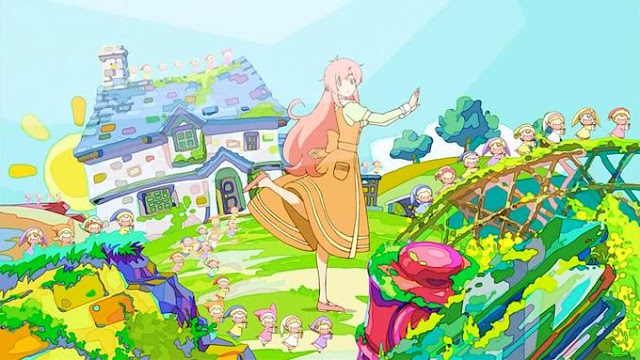 Post-apocalyptic stories are a dime a dozen these days. Whether it's the zombie trope or the Mad Max kind of warrior scenario, every other piece of science fiction tackles the subgenre in about the same way.

And then there's Humanity Has Declined.

Humanity Has Declined - The Premise

A strange little anime that explores a future where the old humans are slowly declining and going extinct, while the new humans or "fairies" are taking over. Aside from being told out of order, the story goes on weird tangents that explore how humans get into self-destructive fads and behavior through culture, food, and society.

Here's a quick premise from Crunchyroll:

"Our human race has been slowly declining for centuries now. In many ways, the Earth already belongs to the Fairies. Life is relaxed and care... free? Thus begins a story that is a little strange and just a tiny bit absurd."

If you're still a little lost, don't worry, it's a strange and confusing series. But ultimately it's one that we both enjoyed quite a bit. The openning of the show is stronger than the ending, but the sheer absurdity captures a story that feels right at home with Douglas Adams or Kurt Vonnegut.